Effects of climate change on the toxicity of permethrin to Hyalella azteca: Logan Kent 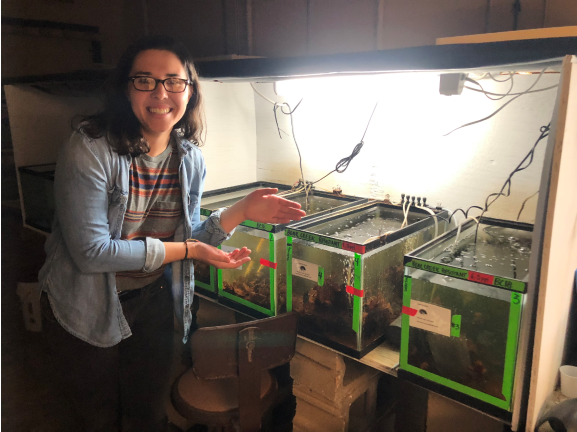 The main objective of my research project is to determine if the effects of climate change, more specifically increasing salinity and temperature, will have a significant impact on the toxicity of the pyrethroid insecticide permethrin to the epibenthic amphipod Hyalella azteca. Pyrethroids are synthetically derived agricultural, commercial, and domestic pesticides that infiltrate aquatic ecosystems through runoff. Once in an aquatic environment, concentrations of the pesticide are available for uptake by H. azteca in the free to dissolve phase of the water column. Three populations of H. azteca will be used for the study, two that are resistant to pyrethroid insecticides and one that is non-resistant. Although H. azteca are all morphologically similar they actually comprise a species complex with unique clade differentiation. H. azteca is determined to belong to a specific clade by nucleotide sequences in the mitochondrial gene cytochrome c oxidase subunit I (COI analysis). A huge part of my research will be investigating how the two resistant populations (clade c and clade d) vary in the degree of permethrin toxicity experienced under the salinity and temperature treatments. In addition, these results will also be compared to the control population of non-resistant individuals. Implications for my research includes how survivability and growth of the species are impacted by climate change and increasing pyrethroid insecticide application. 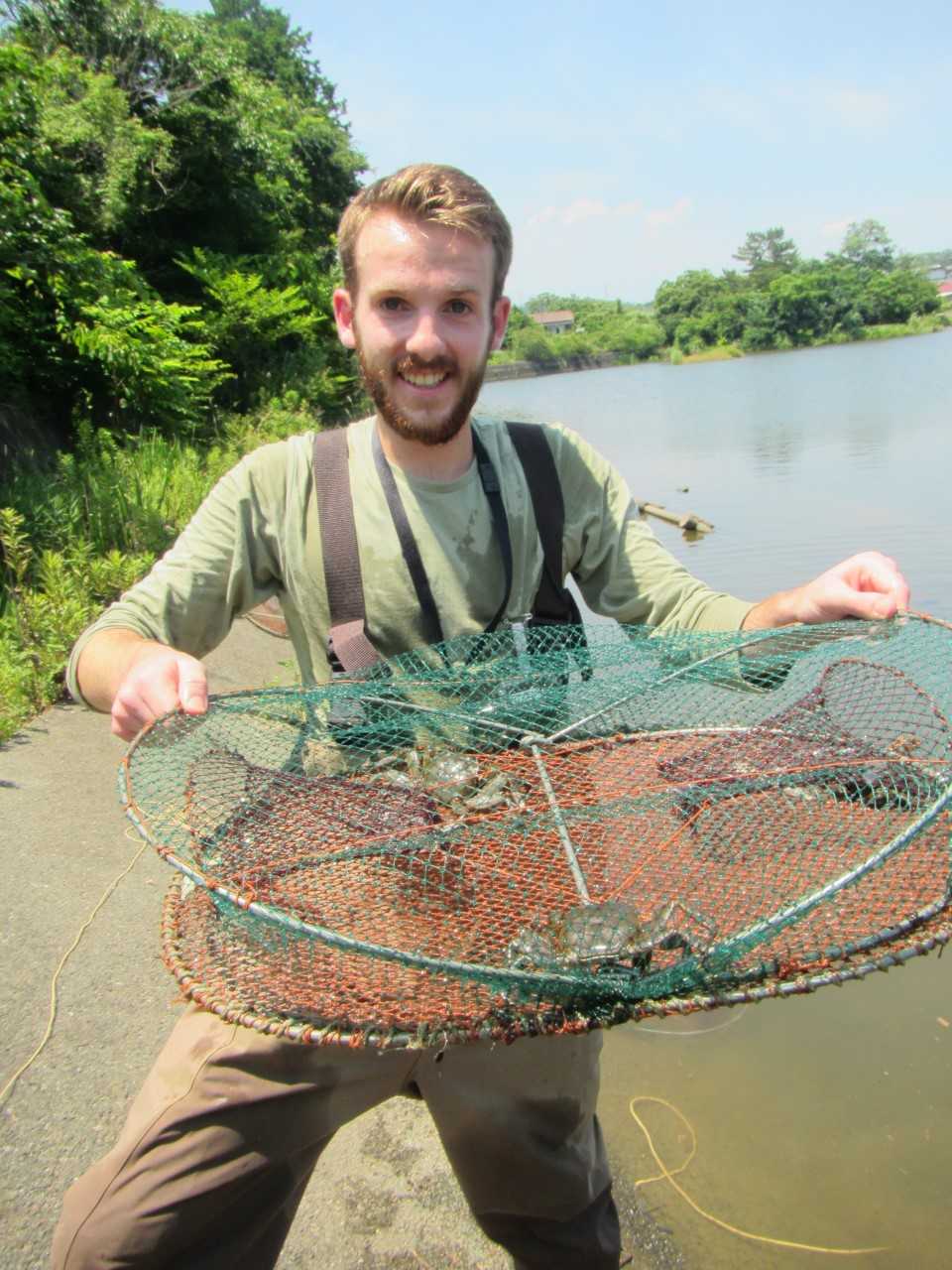 Chinook salmon, Oncorhynchus tshawytscha, are an ecologically and commercially important anadromous fish species of the San Francisco Bay Delta (SFBD), CA, which have experienced substantial population declines in recent years. Previous studies have indicated presence of pesticides in tributaries of the SFBD that are utilized for juvenile Chinook rearing. However, the fate and transport of pesticides in these habitats, including floodplain and riverine areas, has not yet been examined. Multiple routes of trophic transfer, including dietary sources via benthic and pelagic food webs, have the potential to expose juvenile Chinook to bioavailable pesticides. This research aims to elucidate pathways and trophic transfer of pesticides to juvenile Chinook rearing in both riverine and floodplain habitats of the SFBD, providing fundamental information regarding the potential benefits of floodplain rearing. In addition, laboratory exposures of hatchery-origin juvenile Chinook to diet-borne pesticides will elucidate the sub-lethal impacts of environmentally relevant pesticide mixtures on growth, behavior and neuroendocrinology of juvenile Chinook. This research will ultimately support the management and restoration of endangered salmon populations in the SFBD.

Impacts of salinity on the fitness of Hyalella azteca: Corie Fulton 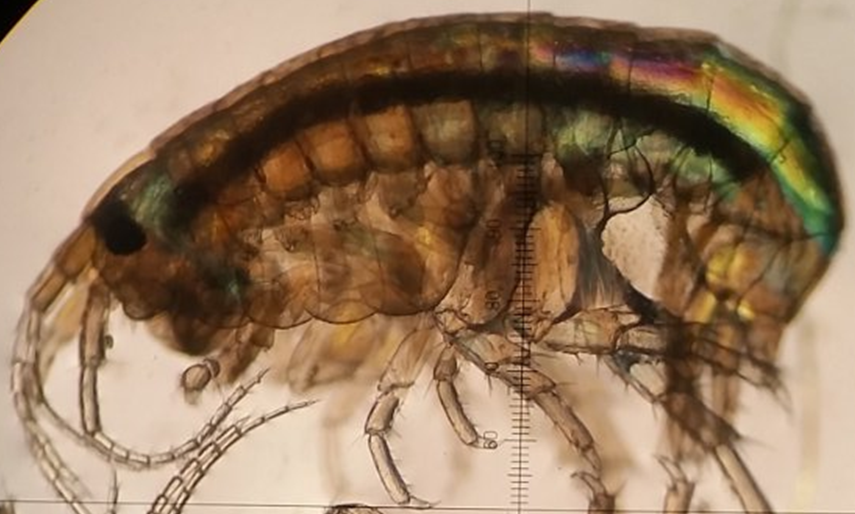 Global climate change is leading to alterations in environmental parameters, such as temperature and salinity, which are fundamental to aquatic ecosystem health. Furthermore, the effects of environmental changes and anthropogenic pollutants may act synergistically, exacerbating pre-existing threats to aquatic biota. Previous studies have shown that pyrethroid-resistant Hyalella azteca populations may be more susceptible to stressors than non-resistant populations (Heim et al. 2018). This research aims to provide a robust assessment of the impacts of alterations in salinity on the fitness of pyrethroid-resistant and non-resistant H. azteca. These experiments will ultimately aid in understanding the potential for bioaccumulation of pesticides from resistant H. azteca under future climate scenarios and provide fundamental information regarding the fitness costs of pesticide resistance. 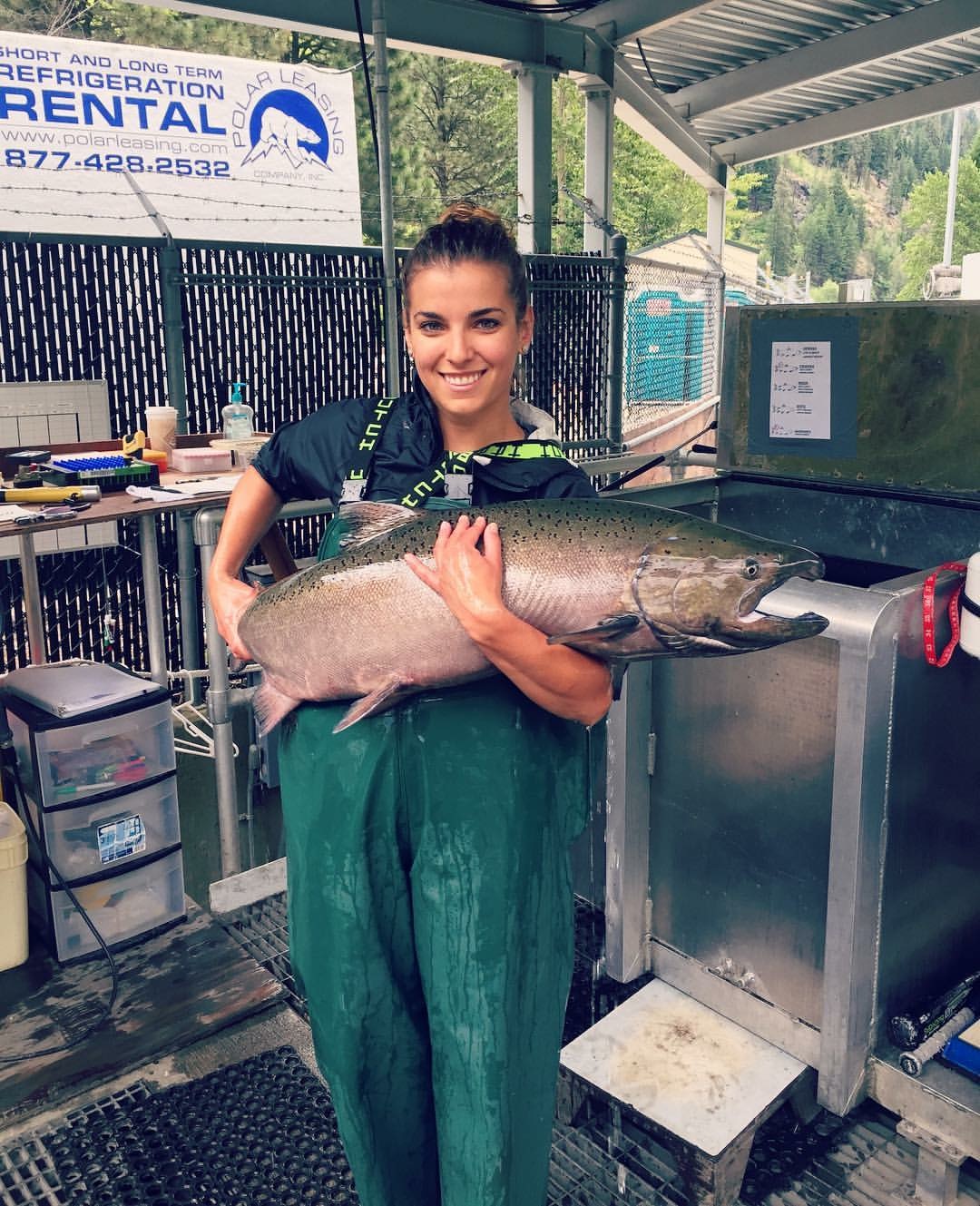 Chinook salmon are an anadromous salmonid native to the Pacific Coast of North America. Juveniles spend crucial rearing time in freshwater habitats before migrating to the Pacific Ocean to mature. Multiple anthropogenic stressors exist in the freshwater rearing habitats of Chinook salmon of the San Francisco Bay Delta (SFBD), California, including pesticide loadings from large-scale agricultural activities and other non-point sources. Exposure to bioavailable pesticides, through benthic and pelagic trophic pathways, is of critical concern for juvenile salmonids rearing in these habitats. This study focuses on determining the primary pathways of exposure for juvenile Chinook salmon rearing in the SFBD of California. Stable isotope and fatty acid analysis of primary producers, invertebrates and juvenile Chinook salmon (fall-run) of the SFBD will be conducted to infer these pathways. Additionally, concentrations of pesticides will be analyzed in samples representing each trophic level, to determine bioavailability and potential bioaccumulation. 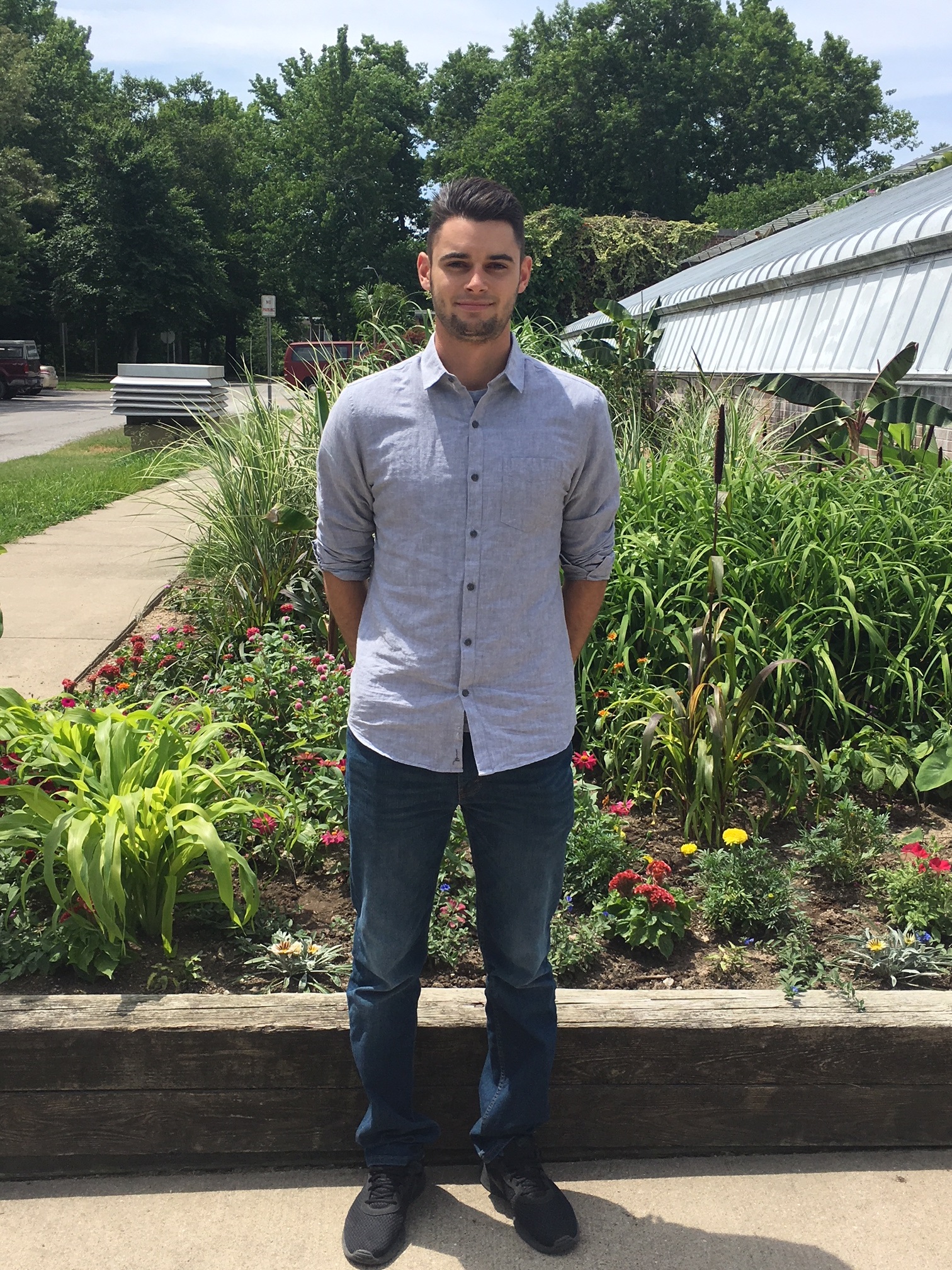 Single-point Tenax extractions (SPTEs) have been shown to correlate to the bioaccumulation and toxicity of many hydrophobic organic contaminants in sediments  (Lydy et al. 2015). The use of SPTEs provides a rapid and an inexpensive tool that complements bioassays, biosurveys, and exhaustive chemical extractions for sediment quality assessments. In collaboration with the USGS, SPTEs are used to assess the bioaccessibility of pyrethroids, an important class of contaminant in urban sediments in the northeastern United States. The aim of the proposed work is to measure the pyrethroid concentrations in sediments using Tenax extractions, and to quantitatively evaluate their correlation with standard bioassay endpoints. The established relationships between Tenax extractable concentrations and toxicity can then be used to estimate toxicity in future assessments of pyrethroid contamination. 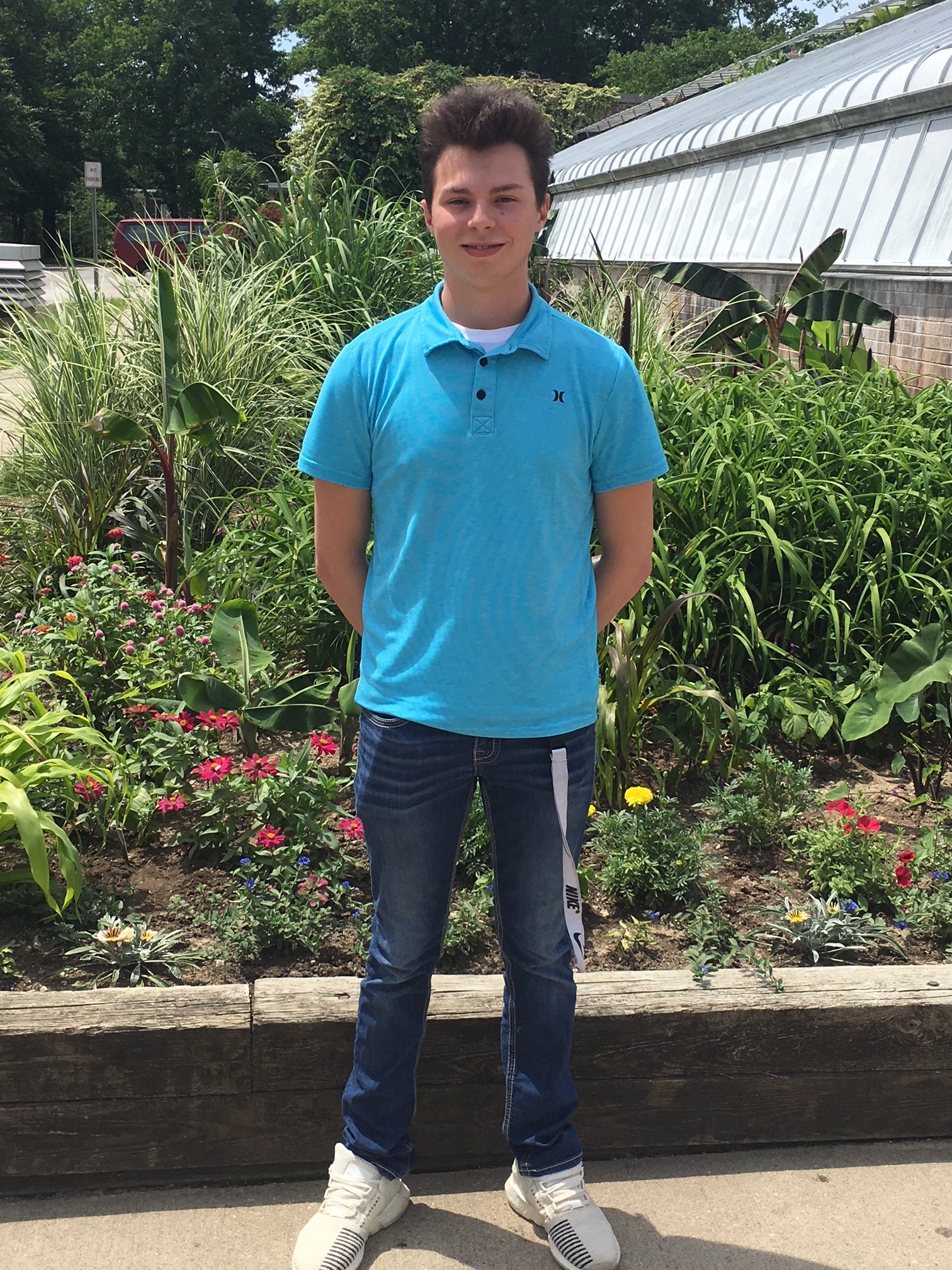 My research focuses on how alterations to salinity caused by global climate change affects an ecologically significant aquatic amphipod, Hyalella azteca, using both pyrethroid-resistant and non-resistant populations. My endpoints for these experiments include salinity and thermal tolerance, tolerance to a pyrethroid (bifenthrin), and to a neurotoxin (Benzo(a)Pyrene). This research is significant because these effects directly affect the fitness and overall health of the species, which in turn dramatically affects the health and stability of the ecosystem.